WINTER RIDING IN ALBERTA
The weather in the Winter in Canada is completely dependent on where you live in our country. Growing up riding and racing in Vancouver in the 70’s on the West (Wet!) coast, it was all about managing the cold rain in 2C to 8C temperatures through into April. Unfortunately, this was pre-Gabba time and getting anything breathable in a cycling jacket was wishful thinking…we relied on wool underlayers and nylon, water proofed jackets often training for 4-6 hours in constant rain and road spray. We even made up a rule that If you didn’t have full fenders AND mud flaps, you had to ride at the back of the group. The road spray was absolutely filthy whereas the rain, relatively ‘clean’!

Where I live now in Edmonton, we are the furthest north city in Canada over 1 million people. At 53 degrees latitude it’s about the same as Manchester or Hamburg. The trouble is that we are East of the Rockies and there is little to no effect from the ocean to temper the temps. Snow is on the ground from the beginning of November to the end of March and temperatures range from +5C to -20C. In recent years, there have been more freeze/thaw cycles that melt and ice up the singletrack trails. Bike paths and roads are kept plowed however the de-icing chemicals that are often used eat into everything metal on your bike including drivetrain and those precious fork shock stanchions. The best option is to ride my MTB on the miles and miles of urban singletrack in the city’s river valley that get packed down by many trail users. In fact, the packed snow is smoother than the rooted dirt tracks that we ride in the Summer. Additionally, due to the fact that we live on a prairie where the wind often blows quite strongly, staying in the tree cover of the river valley helps to protect us from the wind chill which can often to get -20C or colder. 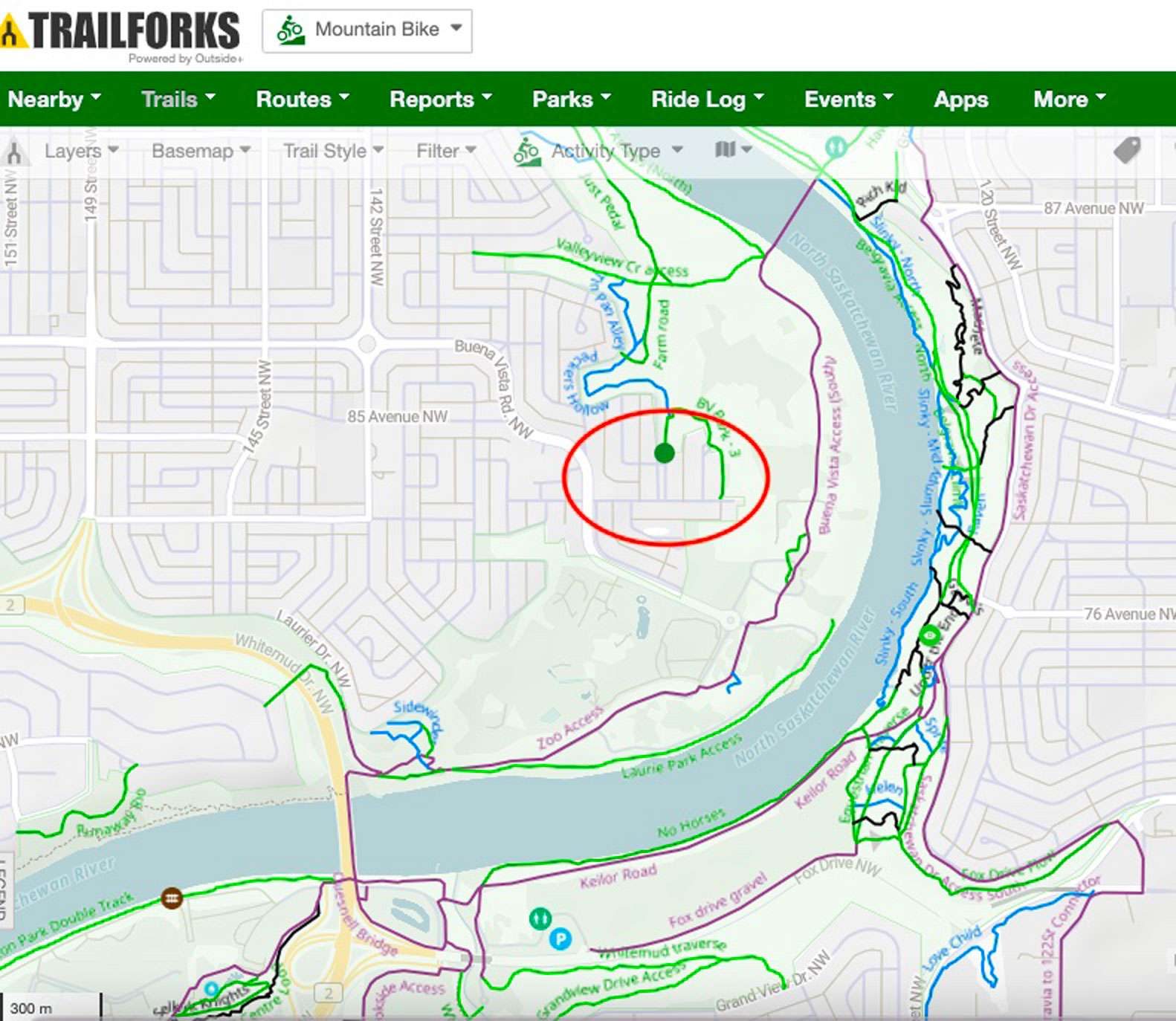 I convert my regular 29’r MTB by switching to a rigid fork and changing to fully studded tires. I usually won’t ride colder than -10C (there’s a trainer for that!) and may go out for a max of 2 hours. If it’s just snowed, I’ll wait a day for the trails to get packed down so my studs can bite. The icier the trail, the less tire pressure I’ll use – this usually takes some experimentation depending on the tire size…for my 29x2.2 tires, I usually use +/- 15 PSI. Of course, fat tire bikes are always a good option, I just don’t need another bike in my stable! Getting ready to ride is a process in itself. I always need to think about all of the variables: Temperature & wind chill, when was the last snowfall or freeze/thaw cycle, ride intensity and duration.

The colder it is, the more carefully I’ll layer up. Start with a light, sleeveless undershirt. Then add a long sleeve wool underlayer like the Flanders Warm or the Unlimited Merino Long Sleeve. Great wicking and stays warm even if you do end up sweating. Next a thermal long sleeve full zip or Unlimited Puffy Jacket. If it’s not too warm (in the -5C range) I’ll add an insulated Unlimited Puffy Vest. On my legs, I always have a chamois next to my skin so the Tutto Nano Bibshorts are a great start. Then I’ll add the Polar 3 Bibtights that work well for below-zero temps and high wind chill. Personally, I prefer to have the chamois in my shorts and remove the chamois from the tights (cue the seam ripper!). I have a rule about wearing a chamois more than once (keeping the nether regions clean is a bit of an obsession of mine) and it’s easier to wash the shorts than a pair of tights after each ride. I suffer from Raynaud’s syndrome (or did I just freeze my hands & feet too many times as a bike racer?) so I have to be very careful with my hands. I use a couple different strategies. When it’s not too cold, I’ll wear the Winter Castelli Espresso GT fingered glove. A bit colder, and the Perfetto goretex glove with the handlebar “poggies” from 55NRTH are a perfect combo. Maybe a bit overkill but I’d rather be too warm than experience the pain of having my frozen digits come back to life. For my feet, I use a winter MTB cycling boot that is half a size bigger than my normal size so I can wear 2 layers of wool socks without cramping my feet. Start with a thin ‘normal’ cycling sock and add the Bandito Wool 18 for more insulation. For extra cold days, I have a pair of heated insoles from downhill skiing and I strap the batteries onto my ankles. Low/Med/High settings depending on temp and ride duration. On my head, a Pro Thermal Head Thingy skull caps that reach down over my ears…thicker for colder weather and a larger size helmet for those super cold days. When it’s not so cold, just a neck balaclava pulled down over the ears works wonders. You need to watch for any exposed skin turning white, a sure sign of frostbite. Essentially, you’ve got to adapt to your local environment and changing conditions. Usually, I dress a bit ‘cold’ and end up warming up very quickly once I’ve started riding. Having a selection of layering options is always advisable and experimenting with the great Castelli clothing technologies that we have available to us now is a luxury we should all relish and take advantage of.